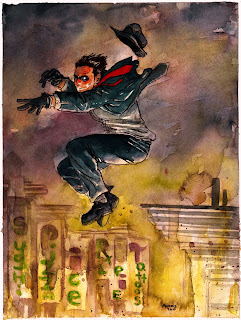 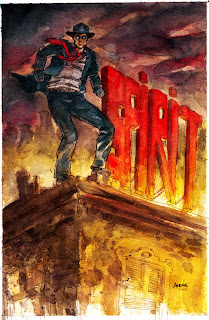 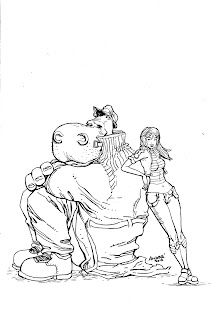 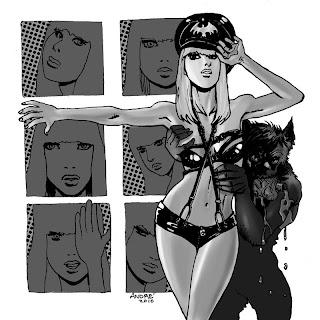 Wondercon is like, tomorrow, so I have been working furiously to try to get as much done as I can. I should have the Spirit pieces and the Elephantmen art you have seen here on my blog at the show. It would be cool to sell some of it, to alleviate the cost of the trip a little bit.

I'm going to whine a little about my stuff in a second, so brace yourself.

I wish I had a photo of it, but I worked on the top two Spirits simultaneously, which was a new thing for me. You may notice, as a result, they have a very similar palette. Kinda tougher to pull off than just dedicating your focus to one thing. I still have a little work to do on them. There was a point that I thought it was going to be un-salvageable, but after messing around in photoshop, I think I see what I can do to save them. Lots of contrast helps. Maybe some white highlights, I dunno, we'll see. I guess that wasn't too bad of whining. :P

Tonight, I'm going to color that Hip/Vanity you see up there, and then its off to the show!

Oh, and the Lady Gaga is for a fan magazine which has some really cool illustrators on board. Should be fun to see. I'll let you know more when I find out!
Posted by Andre Szymanowicz at 8:59 AM

Really dig the top spirit piece. Lot of movement and the colors are just sick! Good luck at the con!

The Spirit pictures are so awesome man!