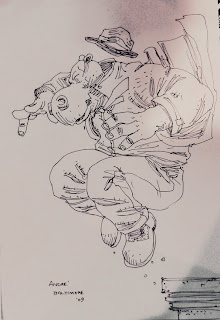 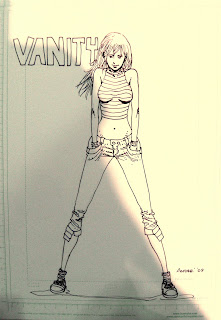 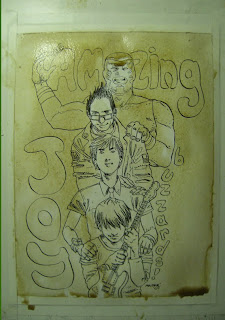 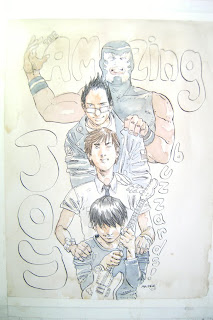 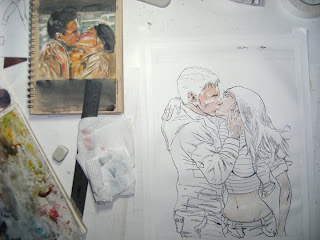 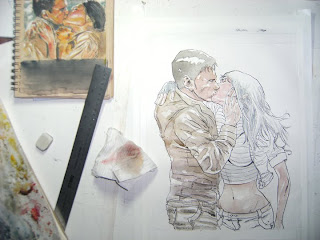 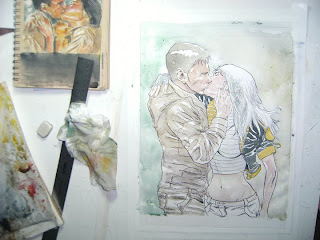 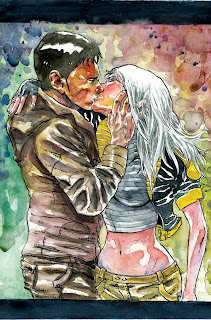 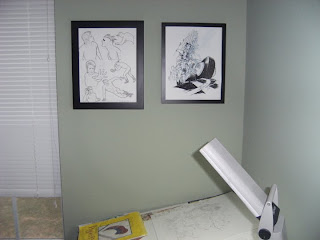 Hi there. To make up for lost time, here is a bunch of random stuff!

The first two drawings are a couple pieces I liked that I sketched when I was at the Baltimore Comic Con.

After that, a little bit of progress on a fan art for The Amazing Joy Buzzards! by Mark Smith. I always like this stage so much, right before I start over-working everything. Sometimes I have a really strong urge to just stop at this point, kick it to the side and say "Next!"

If you haven't read Elephantmen #22, then this is probably a spoiler. I re-did the original drawing for the last page in that issue so Richard could have some watercolor texture to lay over it. I probably over color corrected it here after I brought it into photoshop, but John Roshell, the graphic design wizard at Comic Craft put it all together nicely for the issue. In any case, this version wasn't able to be seen in the comic, so hopefully this adds something for you if you did pick it up. By the way, you can also see that the inspiration for the drawing was based on a drawing I did before in my sketchbook, which was based on the movie, Breakfast at Tiffany's!

Lastly, I just wanted to show off some original art I've purchased in the past year. I finally got around to framing and hanging it over my drawing table. On the left are some Madman and David Bowie drawings by Mike Allred and on the right is a Kaneda drawing by Eric Canete. Two big inspirations in my comics life. Hope you enjoy!

See ya next time!
Posted by Andre Szymanowicz at 9:43 AM

great work! the top two are dope! so's that watercolor.
you actually made me go pick up some old elephantmen stuff so i can be current when your's comes out

Gorgeous! That kiss piece is great - love the pose of both figures. Very natural.